TASCO, Inc. is committed to live its corporate value of Stewardship. For the last 5 years, it has demonstrated corporate social responsibility by granting financial support towards free therapy services to more than 50 special needs children of indigent families in Metro Manila thru its affiliate, Quality Life Discoveries, Inc. (QLD) that runs the Therapinoy Program. Located in Project 4, Quezon City, QLD provides therapy services to people with disability or learning exceptionalities.

In the past year, TASCO has decided to take steps to help protect the environment by giving away free garbage bins made of used tires to communities living near the esteros (rivers/canals). This initiative aims to help prevent these drainage systems from being used as a garbage dump and ensure unimpeded flow of water during heavy rains.

Most recently, thru adherence to “Extended Supplier Responsibility” principle, it launched the TASCO’s 1st Tire Art Contest, the purpose of which is to raise awareness on the hazards of dumping end-of-life tires.

The success of TASCO’s 1st Tire Art Contest ran from June 5, 2017 until August 22, 2017 participated in by different individuals, organizations and schools was a manifestation that creative minds and artistic craftsmanship could bring life to what we term as “end-of-life tires”. Thru upcycling, the scrap tires were transformed into useful works of art that foster environmental protection and conservation. The three (3) winners of the contest were meticulously chosen last August 23, 2017 by the panel of Judges composed of highly-esteemed professionals namely, Mr. Roy Espinosa, a renowned artist and Publisher of Filipino Artists Magazine, Architect Kevin J. Nieves, Co-Founder and Partner & Design Director of Headroom Concept, Design Visualization Co., and Ms. Anna Liziel Villavicencio Cosgayon, Executive Director of Quality Life Discoveries.

The two (2) Runners-Up who received Php50,000.00 each are Ms. Krizzia Rey V. Evangelista, for her artwork design titled “Octopus where eight (8) tentacles symbolizing complexity, diversity, mystery, vision, intelligence, illusion, variability and insight, and Mr. Patrick Alvin Cham, for his artwork design titled “Reviving Gaea”, which depicts two cursed parents turned golems to protect their daughter from being chased by black smokes of corruption and pollution, and to save Gaea (Mother Earth) from being contaminated by pollution.

Other twenty (20) entries were given consolation prizes of Php5, 000 each.

Through the Tire Art Contest, we hope to encourage everyone to think of productive ways to re-use and upcycle scraped tires.

TASCO, Inc., as an advocate of waste management, waste reduction and proper waste disposal, in the future, aims to provide support to the “Adopt an Estero” program of the DENR by distributing rubber garbage bins in areas that are close to esteros, which are foul-smelling and pose health hazards. This initiative gives precedence to the communities and other business organizations that end-of-life tire or ELTs, have a variety of uses as they are increasingly being viewed as a resource instead of a waste. 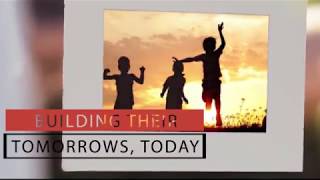